There are roosters and there are roosters.  Roosters are a lot like men.  Some are tall and some are short.  Some are loud, others quiet.  Many are bold, others meek.  Some are colorful, some dull.  Some protective, some just plain…chicken.  Roosters can be adorable or aggressive.  Some are fluffy, others are missing a few feathers.  They can assert themselves, staying in control of the flock or simply run around in circles.  Some father hundreds of chicks, others never quite get the hang of it.

But there is one thing they all have in common.  They all like to crow.

None more than Strip-Stripe’s husband.  He has no name, he is simply known as Stripe-Stripe’s perfectly matched male counterpart.

And buddy, does he like to crow.  He cares not he is the smallest rooster in the flock (I honestly think that HE thinks he is the largest.  Don’t tell him, okay?)

He proclaims his roosteriness far and wide, fluffing out his neck feathers, arching his entire body, delivering a deep-belly crow at regular intervals throughout the day.  To prove it I took the following photo’s, all within less than 5 minutes. 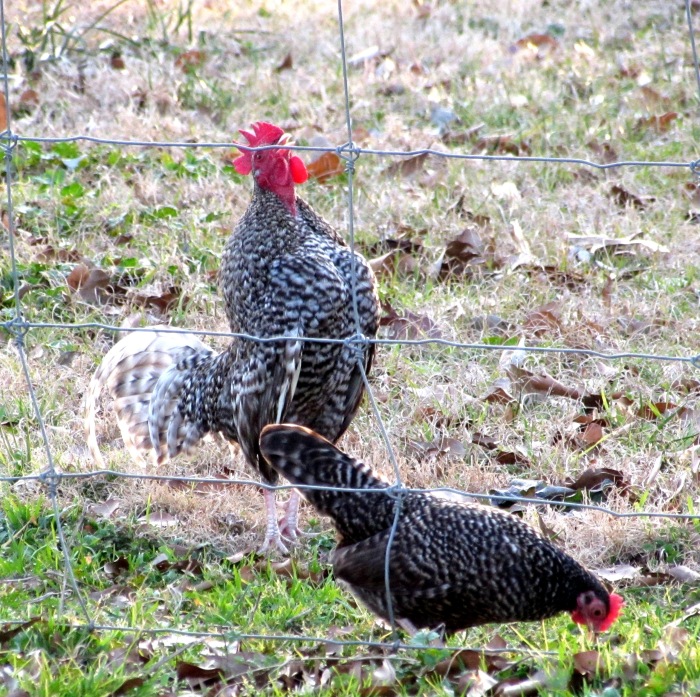 I don’t think Stripe-Stripe was impressed enough to suit him….so on he went. 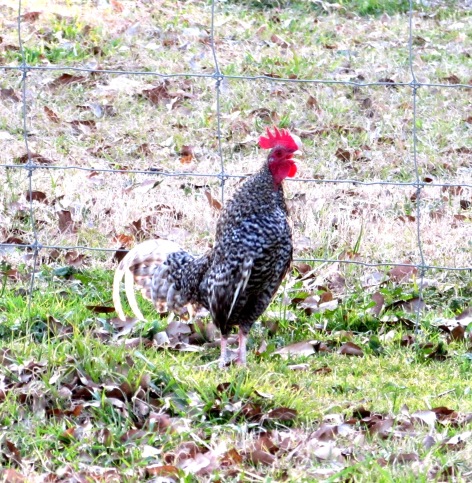 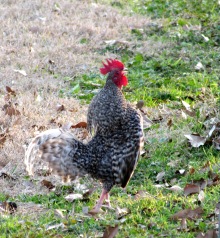 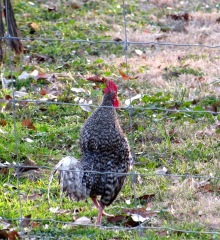 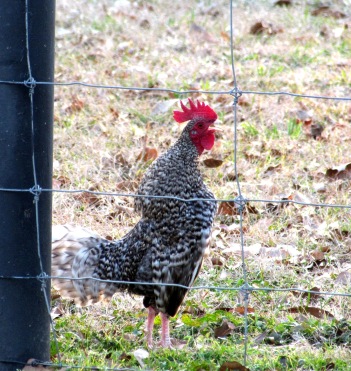 That last shot, the ‘one-legged crow’ is his specialty move.

I think he is adorable.  Thank God I don’t have neighbors.

6 thoughts on “I Am Rooster” 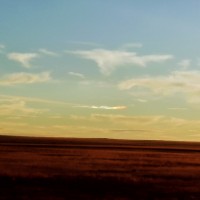 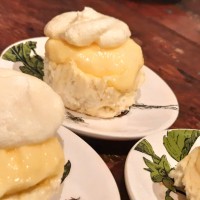 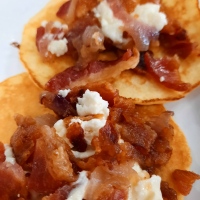 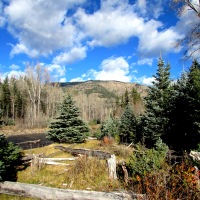 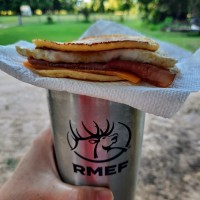 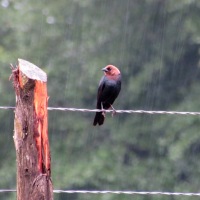 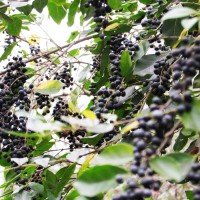 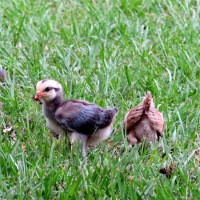 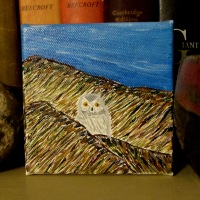 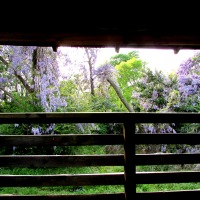 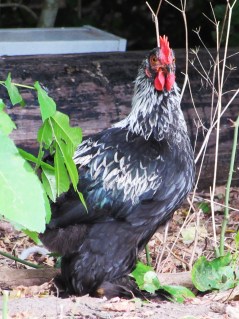 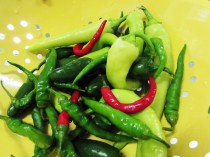 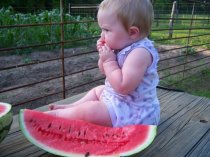 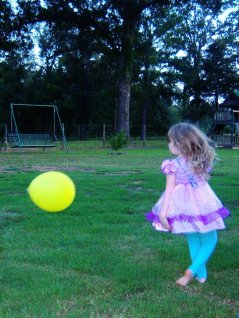 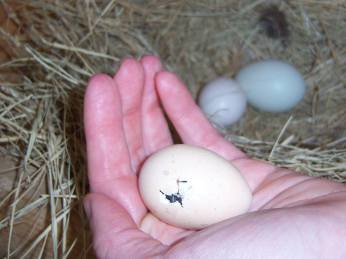 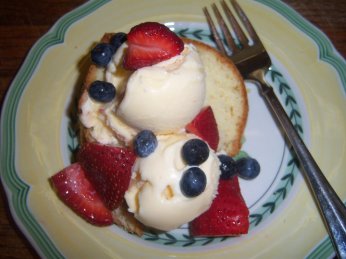